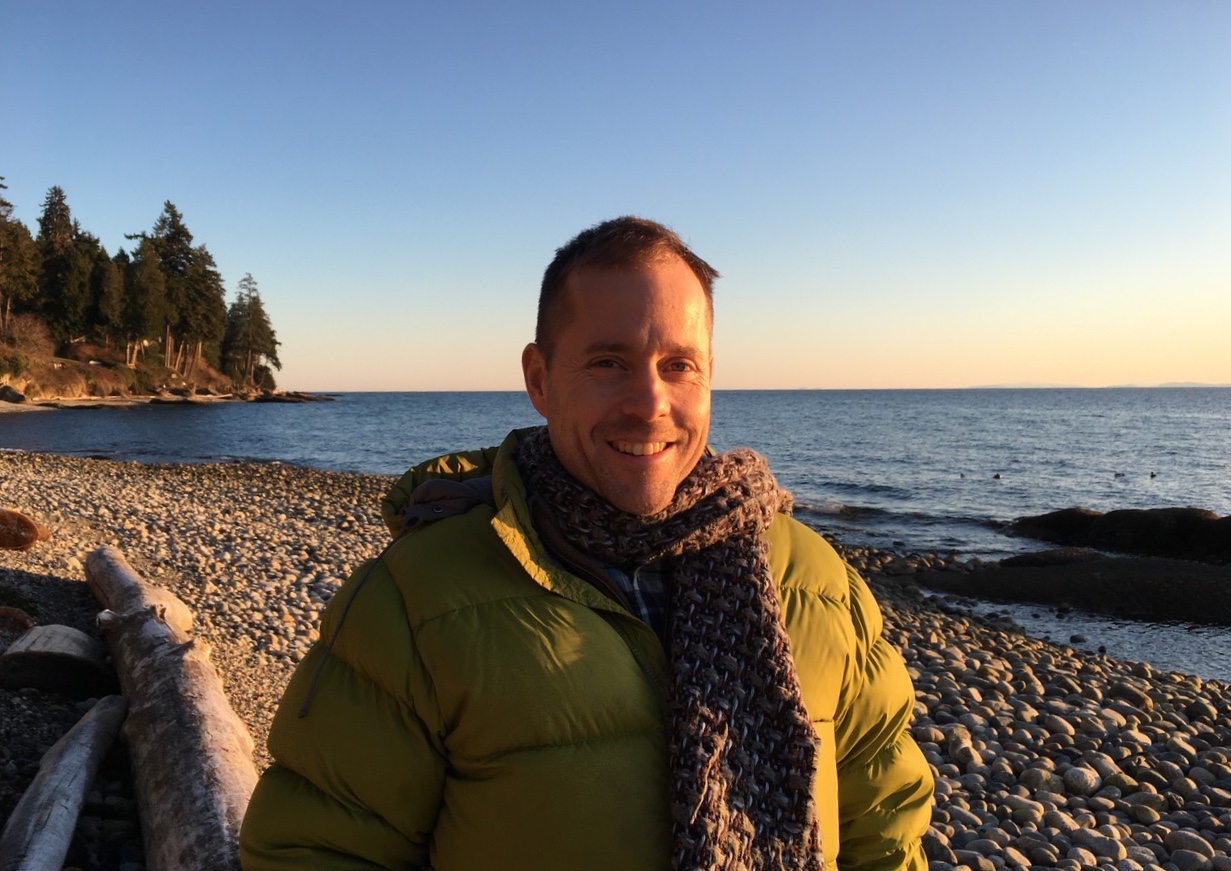 In the second week of June, the EqualSea Lab hosted Nathan J. Bennett, a Canadian independent researcher and consultant focusing on the complex relationship between the environment and human society with a critical and solution-oriented lens. He is one of our collaborating researchers.

Nowadays, Nathan is working as a freelance consultant for various national and international organizations, and he also is the Chair of the People and the Oceans Specialist Group for the International Union for the Conservation of Nature (IUCN) and the lead of The Peopled Seas Initiative.

He has conducted research on the human dimensions of marine protected areas in Canada, Thailand, Mexico, Europe, and from global case studies. Nathan has also published on such topics as responses of small-scale fishing communities to combined environmental and social change, indigenous perspectives on and approaches to conservation, the political dimensions of ocean governance and the blue economy, coastal community access to marine resources and fisheries, and the role of the social sciences in conservation.

During his stay in Galicia, Nathan has been working closely with our colleagues on some projects related to ocean equity, one of the main topics in which our team is involved. But he has also saved some time to enjoy the seascapes and the Galician food.

In this interview, he tells us what ocean equity is and how it will change the human relationship with the seas in the coming years and decades.

You can find out more about Nathan’s work at his website, nathanbennett.ca.

– What does ocean equity mean?

– Ocean equity is kind of a new term that we use as shorthand to refer to social equity considerations in the ocean. You could think about it as fairness in the way that the ocean resources are distributed. For example, questions related to who has access to fish, to the shoreline or to the beach.

You can also think of ocean equity as being about decision-making processes related to coastal areas or fisheries. Do fishers have a voice in the decision-making process? Do coastal communities help to determine the decisions that are made on the coastline, on the way that their cities are developed near the ocean, or on the creation of a port in the local community? Who is and should be involved in the management of an area of the ocean?

– What are the main global challenges to achieve this equity today and looking into the future?

– Achieving a more equitable and sustainable society is something that we’re always aspiring and working towards. The same is true in the ocean space. We want to have fisheries resources that are sustainable and productive and that lasts forever into the future. We’d like to have coral reefs that are beautiful in the future, but we also want to make sure that all members of our society have the ability to have access to the coast and the ocean.

These are aspirations or goals that we can set as a society and that we can work towards. So what are the challenges to achieving those sorts of aspirational goals? There’s obviously many challenges in the ocean these days.

We know, for example, that many ocean resources are in decline and many fisheries are at unsustainable levels. We know that climate change is a big issue in the ocean space; it is wreaking havoc on the fisheries and on coastal communities. And we know that there’s pollution and plastic in the ocean.

I think that brings to mind that for many policymakers, the oceans are somewhat more out of sight or out of mind. They don’t receive as much attention as what is happening on land. Again, that’s changing as land is getting busier and our resources are getting all used up on land, people are looking more to the oceans for development and conservation.

Another challenge is that the oceans are just getting busier. There are lots of issues happening in the oceans. Some people call it the blue acceleration. Economic development activities and conservation activities and fisheries management activities, all of these things are increasing rapidly in the ocean space. Lots of companies are trying to get access and to harvest ocean resources, and some people might become winners and others might become losers in that process.

– In order to face these challenges, we are talking not only about the natural dimension, but also the human and social dimension. Why should social and natural scientists work together when we talk about conservation?

– Researchers, governments, and policy makers often use this idea of evidence-based decision-making. And the idea here is that we should use our knowledge about something to make the best decision possible based on science and research.

“When ocean organizations or governments are making decisions about marine protected areas or fisheries management or climate change adaptation, we really need to understand the humans who live in the place and their relationship with the ocean”

When ocean organizations or governments are making decisions about marine protected areas or fisheries management or climate change adaptation, we really need to understand the humans who live in the place and their relationship with the ocean. We also need to understand the ecology of that place. Then it is necessary to bring those two pieces together – the natural science and the social science –  in order to make decisions that will help achieve some sort of sustainable and equitable outcomes for the ocean.

For example, if we decide that we need to reduce the amount of fish caught, what impact is that gonna have on people? On the other side, if we change the rules that apply to fisheries, what impact is that gonna have on fish? When we’re making decisions related to achieving sustainability outcomes or related to achieving more equity outcomes, we need to understand what will happen for the other sphere of the ocean space.

– Could you give an example of a place where you have worked to explain the importance of this?

I’ve also worked on collaborations related to the human dimensions of large-scale marine protected areas. Together with a large group of collaborators from both academic and conservation organizations, we organized a global Think Tank on the Human Dimensions of Large Scale Marine Protected Areas in 2016 to understand the social factors that we need to take into account in order to make better decisions about those marine protected areas. That includes things like culture, governance, rights, and human wellbeing.

For example, when establishing a large-scale marine protected area – such as those being created in Palau, or the Cook Islands, or Rapa Nui – we need to understand the cultural values of local people. 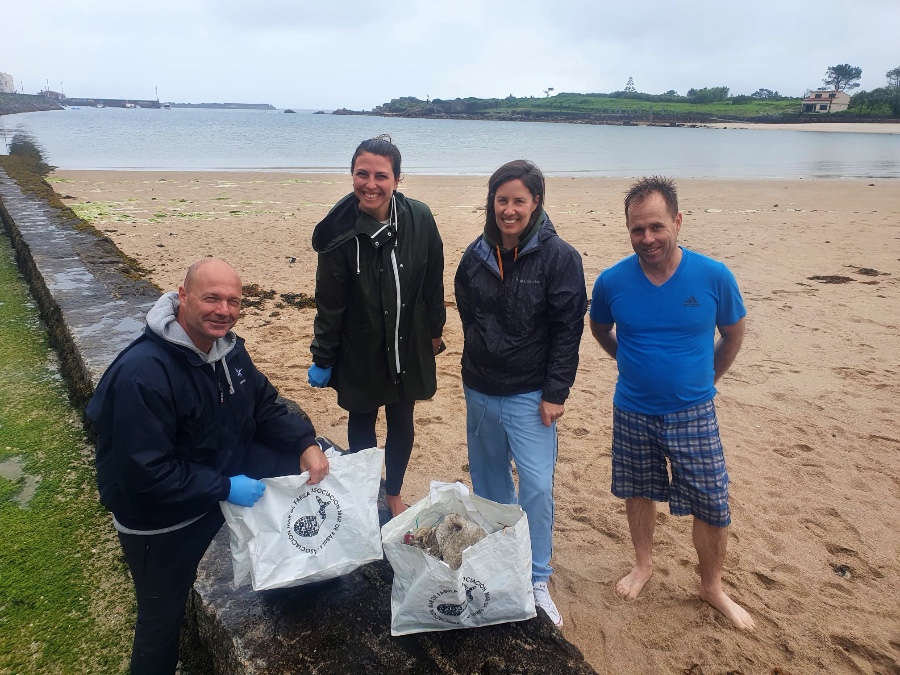 And also I’ve been working with some colleagues and organizations in Mexico who have been working to merge ecological, social and governance considerations into an integrated set of principles to guide marine reserves and marine protected areas planning and management in the Gulf of California and also in the Yucatan Peninsula area.

They’ve been working to ensure that those scientific principles are taken up into national law and applied in local marine planning processes. So that’s a really good example of where they’re trying to bring both social and natural science together. And they’re also doing it at various scales because they’re bringing those ideas to small coastal communities and discussing them there, and they’re also trying to bring them into these larger lane planning processes.

– How will the Ocean Economy change human relationships with the seas in the coming years and decades?

– Coastal communities and island nations and cultures have relied on and use marine resources in various ways for as long as humans have been on the planet. However, in recent history the economic development activities have been increasing in the ocean.

What’s different right now? The scale and scope of economic growth and development in the oceans is just so much bigger than it’s ever been before. The last fifty years have just seen this rapid acceleration, this rapid growth of all forms of development, including in fisheries and aquaculture and shipping and renewable energy development, as well as oil and gas development.

And looking into the future, we’re considering new activities like seabed mining, which is something that we’ve never really done in the past, and we still don’t know the impacts. And so all of these different activities are happening at once. The projections are that the blue economy, or the ocean economy, is going to double or even triple in the coming decades.

What we already know is that the oceans are stressed. The oceans already are struggling with overexploitation of some resources. We know that climate change is happening, that the oceans are warming and that ocean acidification is having impacts on fish and coral reefs. We also know that the burden of pollution in the ocean is rapidly increasing.

All of this growth and all of the impacts that this growth is having on the oceans is having impacts not only on ecosystems, but also on people. It has impacts on people’s health, on their well-being, on their livelihoods. And, it is impacting the way that people see and relate to the ocean.

Of course, not all of those impacts are bad. There’s a very real potential and need for jobs, for economic development. There’s a real need for many coastal communities to have access to food from the sea. Some of the growth that’s happening in the ocean space is good growth. And this growth helps to maintain coastal communities. It helps to keep them vibrant, thriving, and it’s going to help them to stay where they are into the future and to maintain an ongoing relationship with the ocean.

And I think that an ongoing relationship with the ocean is important because when people know a place and when they have knowledge of that place, when that knowledge and connection is deep and historical, then they have the tools and knowledge of how to manage it.

For example, Indigenous and traditional knowledge systems emerge from cultural connections to and traditional practices in a place. If an indigenous community or an island nation loses that connection or is moved away from that place, they’re going to lose some of that knowledge and the ability to steward the resources.

But as I’ve said, the impacts of the ocean economy can also be very negative. And those impacts can result when communities are displaced from the area where they previously lived.  Negative impacts can happen when communities lose their access to the ocean, or when small-scale fisheries livelihoods come into conflict with economic activity. And in some places in the world, the pollution can be so bad around economic development that it makes seafood unsafe to eat or it is impacting local people’s health.

So, as we develop the oceans and as we look to the oceans for continued economic growth, we need to really think about how to mitigate the negative impacts and harms and the increase the positive impacts. And in doing so, I think it’s really important that we’re not just thinking with an economic lens. I think we need to think with an environmental lens and we need to think with a social lens. This will help us to make better decisions about the ocean economy, and to pursue a more sustainable and equitable future ocean.