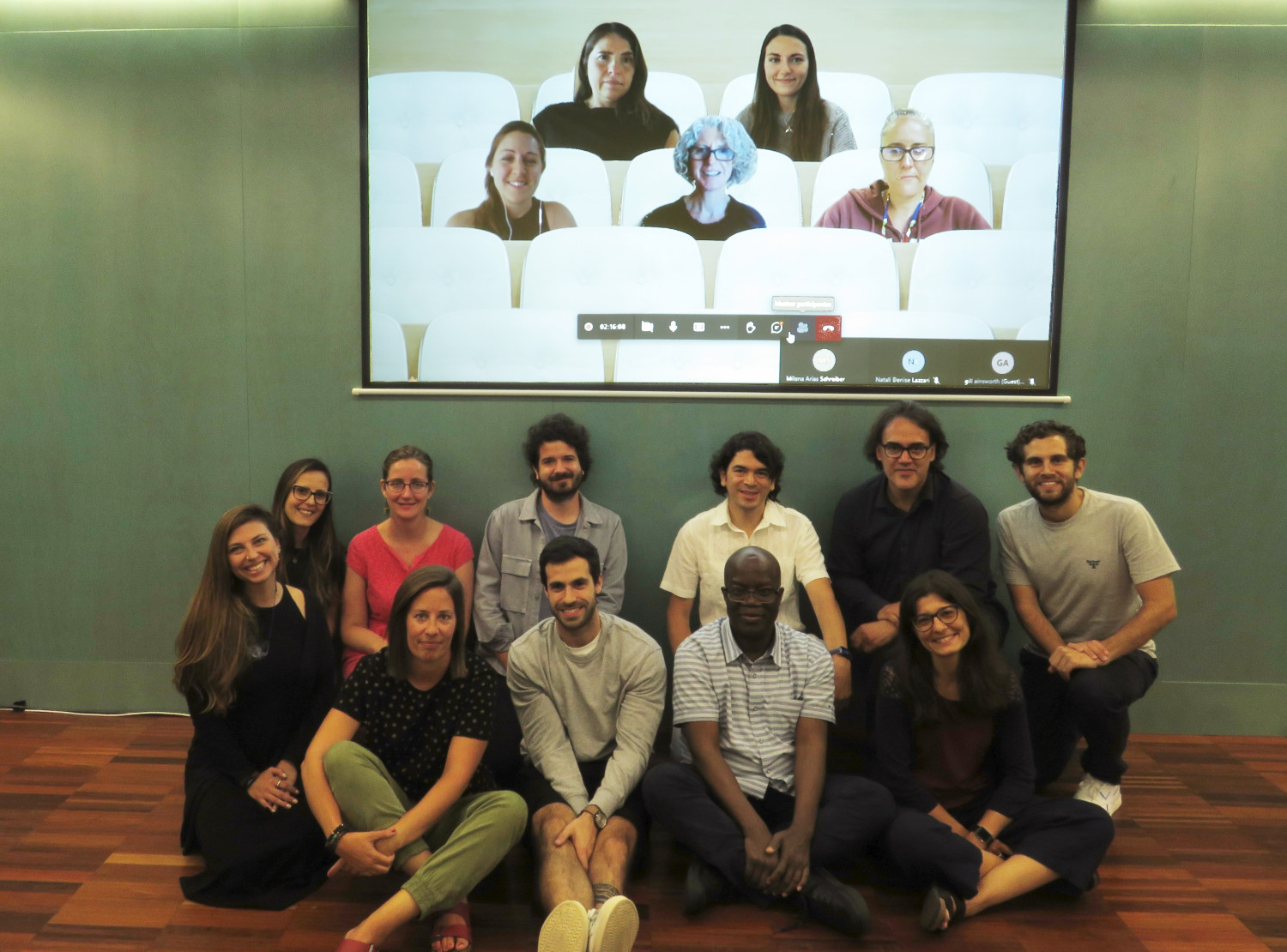 The team involved in the EQUALSEA project, funded by the European Research Council, met on Friday 22 July in Vigo to hold a work session to advance the various lines of research.

The day began with a presentation of the project by the director of the EqualSea Lab, Sebastián Villasante. Afterwards, the members of the group presented the progress of their research to their colleagues.

It was a very fruitful and enriching meeting, which encouraged the exchange and generation of ideas and set the way forward for the coming months. It was also the first opportunity, in the aftermath of the pandemic, for most of the team to meet in person.

The session was also attended by Professor Rashid Sumaila, from the University of British Columbia, member of the Advisory Board of the EqualSea Lab, who came to the city of Vigo for the closing of the biennial IIFET conference.

After the day’s work the group enjoyed the ría de Vigo, sharing a lively chat on the seashore.

According to the United Nations, inequality is a defining challenge of the 21st century that impacts the well-being of people around the world. The oceans play an important part in this as they provide food, jobs, and space for recreation, amongst other vital things. With a focus on ocean equity, the EU-funded EQUALSEA project will shed light on how certain ocean stressors, such as climate change and the loss of biodiversity, affect marine protected areas and coastal communities and the impact of this on society. The project’s work will analyse how transformative changes can be fostered to deal with ocean inequalities, and advance research in this field.

The EQUALSEA project has received a Consolidator GRANT from European Research Council (ERC) in 2020 call, and it will be developed until 2026. The ERC, set up by the European Union in 2007, is the premier European funding organisation for excellent frontier research. It funds creative researchers of any nationality and age, to run projects based across Europe. The ERC offers four core grant schemes: Starting Grants, Consolidator Grants, Advanced Grants and Synergy Grants. With its additional Proof of Concept Grant scheme, the ERC helps grantees to bridge the gap between their pioneering research and early phases of its commercialisation.